Underley Hall is a large country house near Kirkby Lonsdale in Cumbria. It was designed in a Jacobean Revival style by the architect George Webster for Alexander Nowell and built between 1825 and 1828. Currently operating as a school, the building is the Grade II* listed with associated outbuildings and former Roman Catholic church, all set within a large country estate. The canopy had been neglected for years and had subsided in many places. Presumably, for safety reasons, the glazing and glazing bars had been removed by the owners and disposed of prior to our involvement.

We surveyed, tagged and recorded the remaining veranda structure before carefully dismantling and returning all ironwork components to our workshop for restoration. Following paint analysis, to determine the chemical analysis and historical colour scheme, all components were dry blast cleaned in a controlled environment to SA 2.5 to remove all lead-based paint and corrosion, enabling us to accurately assess the condition of the remaining components and to discuss the options for repair / replacement with our client and structural engineer. Blast cleaning revealed many cracks in the cast columns and some spandrels caused by movement within the foundations and rust heave as a result of heavy corrosion.

The original wrought iron eaves beams were replaced throughout as their structural integrity had been compromised by corrosion. New steel eaves beams were manufactured to replace the originals and galvanised for longevity. 300+ new bespoke glazing bars were made to suit the complex roof plan.

Seven of the nine cast-iron columns originally drained the canopy of rainwater but had, in the past, become blocked and filled with rainwater causing cracking throughout. During the winter months freezing and thawing action of trapped water cracks iron columns to release the pressure within. Seven columns required substantial head repairs and two required full replacement. We cast exact replicas of the column heads and mechanically fixed them with spigots into the columns and completed the connections with specialist welding techniques. The two solid cast iron columns and eight hipped ridges were broken beyond repair, so exact replicas were cast in iron.

Once the metalwork restoration works were complete, we applied a full high-quality paint system within our paint shop before transporting all components back to the site and installing them to their original surveyed positions on new concrete foundations with the modified underground drainage system.

The structure was glazed using obscure safety glass throughout. 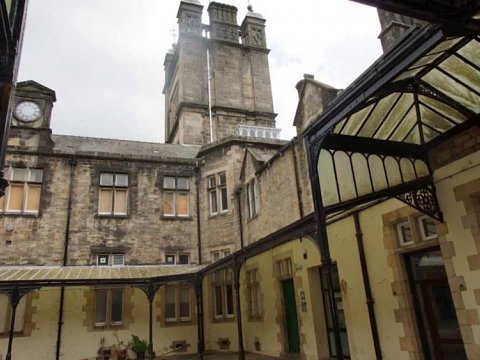 Historical photo of the canopy prior to the removal of the glass and glazing bars. This photo helped our design team recreate the the glazing system. 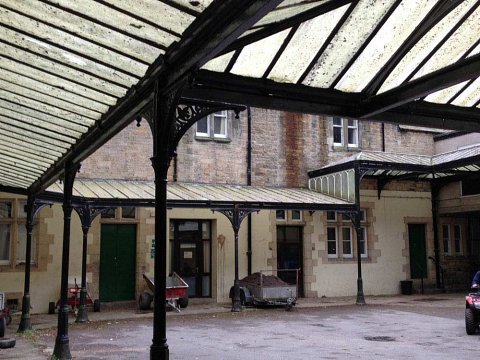 The only other historical photo we had to work from showing the canopy in a neglected state a number years ago. 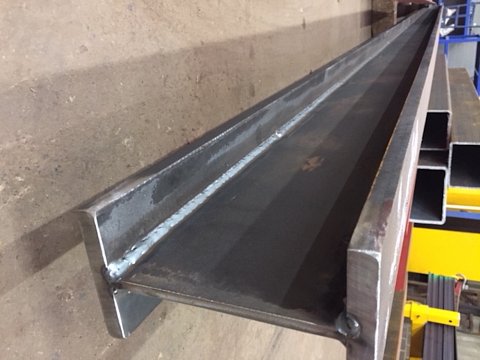 New steel eaves beams were manufactured to suit the structure where wrought iron originals were thinned or holed due to corrosion. 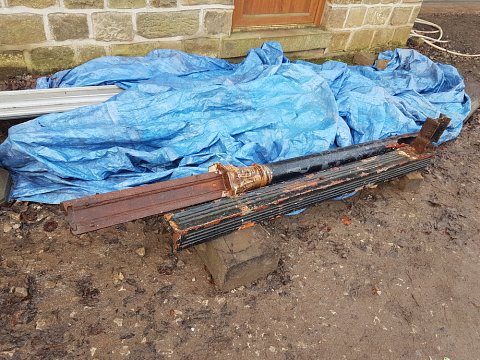 Example of the condition of the ironwork following dismantling. 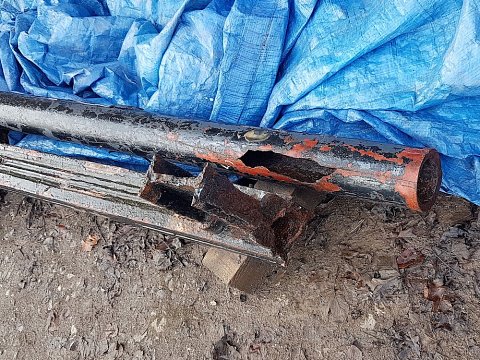 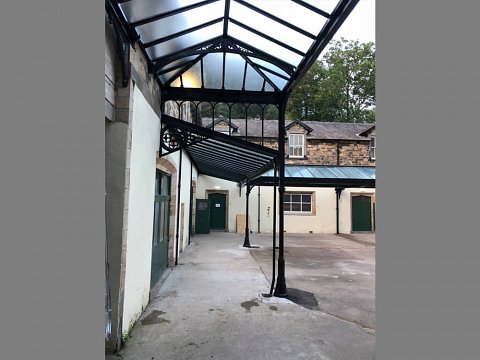 West side of the restored veranda. 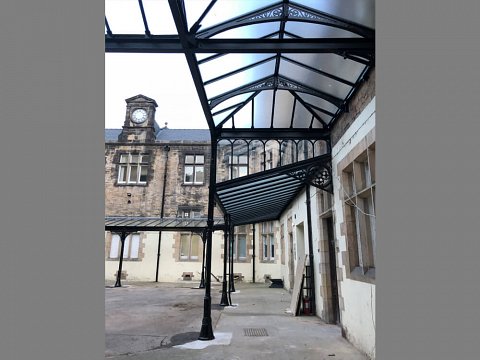 East side of the restored veranda. 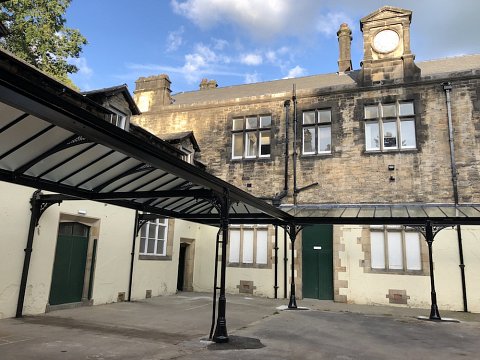 North corner of the restored veranda. 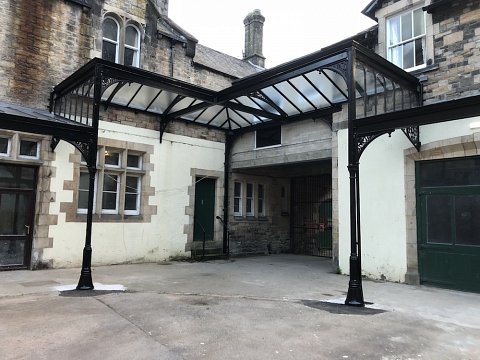 West corner of the restored veranda.

“Calibre Metalwork have recently completed the restoration of a glazed, cast iron veranda at Underley Hall, where I acted as Quantity Surveyor on behalf of the Employer. The Calibre team acted professionally and diligently at all times, were excellent to work with during the tender process and the subsequent contract, providing the design team with all necessary advice and assistance in the delivery of an exceptional product within the financial constraints of the project. We are working with Calibre on two further projects currently on site and would have no hesitation in including them on any future tender lists.”