Opened on 17th July 1761, the Bridgewater Canal has a special place in history as the first canal in Britain to be built without following an existing watercourse and so became a model for those that followed it. Affectionately known as the “Dukes Cut” the Bridgewater Canal revolutionised transport in this country and marked the beginning of the golden canal era which followed from 1760 to 1830.

The Duke’s land agent, John Gilbert, saw that it was possible to connect the canal directly to the mines by way of an underground canal. This in turn could be used to help with draining the mines, providing a source of water for the canal.

The underground canal was constructed from Worsley Delph, an old sandstone quarry near Worsley Brook. At one time a million tons of coal a year passed through this tunnel. An underground canal network ran for some 46 miles into the hillside, on four different levels, connected by a water powered inclined plane and lifts.

Specially designed boats were used in the tunnels. These boats were loaded with coal at the coal face, and propelled by miners feet on the roof of the tunnels to the Delph. The sluice gate was used to control the water level in the canal and to flush boats along the underground system.

We surveyed the area of the former sluice, noting witness marks in the cliff and former canal sides, then collected the remaining original iron parts, previously excavated from the site by an archaeologist from the Greater Manchester Archaeological Service.

All iron components were carefully restored in our workshop and replicas of the lost components (chain-guide pulley and gate pulley wheel and shaft) were cast in iron using bespoke pattern work designed using the existing components and the historic photographs. Conservation techniques were used on the original iron elements, repairing and reinforcing where possible, rather than renewing.

Numerous fixing plates, brackets and gate runners were designed using the existing components and the historic photographs for reference.

An all new timber structure was designed and built by us using structural grade European green oak with FSC certification. All timber has been left untreated to weather naturally. New concrete foundations were specified and installed by the main contractor.

All materials were transported from the site compound into Worsley Delph by barge, and we installed the sluice gate to the new foundations and the original rebates in the canal wall and cliff face.

Although a static display, the sluice gate could operate again with very little additional work, however for safety we have locked all moving parts to prevent it from being moved.

The special historic interest and revolutionary heritage of this unique area has been restored to promote the Delph’s fascinating history.

We worked with closely Historic England & Greater Manchester Archaeological Service on the project. 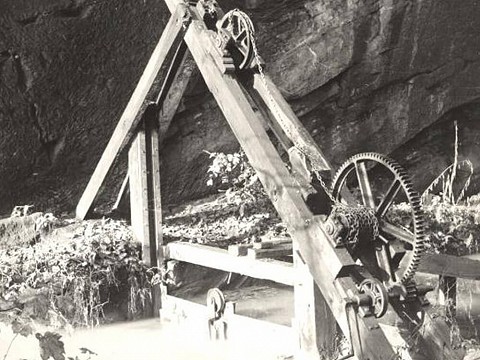 One of the historic photographs of the original sluice gate, provided to assist us in developing the recreation. 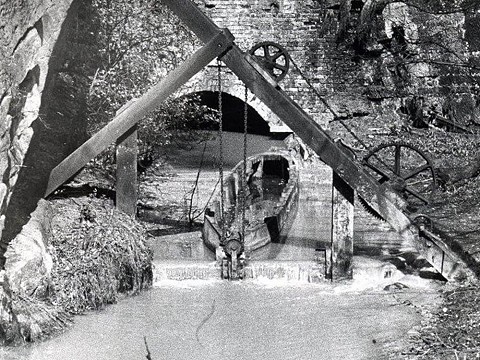 We designed the new sluice gate using the few existing components and the historic photographs. 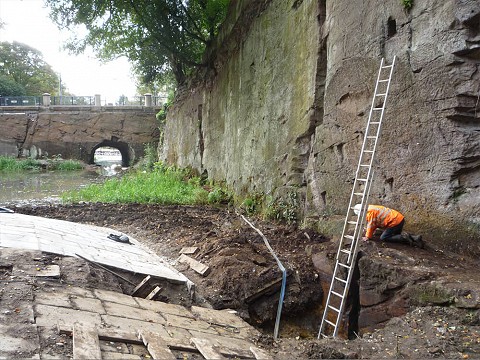 We surveyed the area of the former sluice gate. 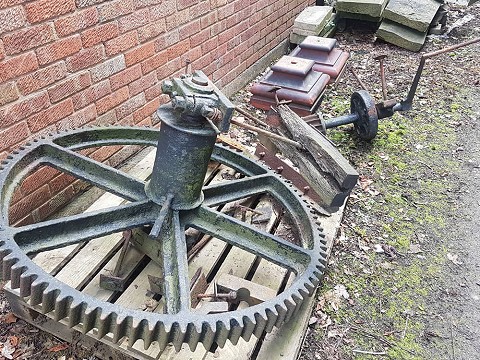 The original iron parts excavated from the site by an archaeologist. 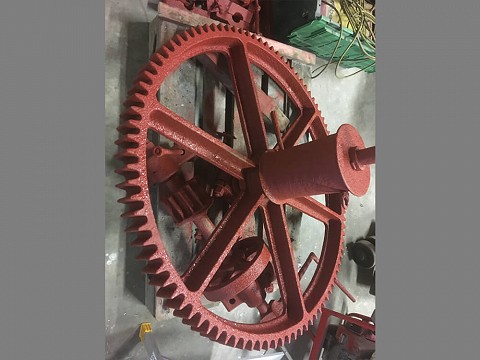 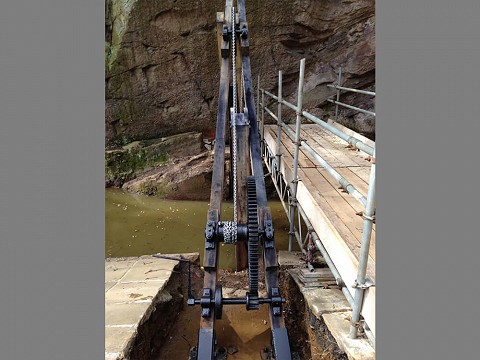 We restored the original iron parts, cast replicas of the lost components in iron using bespoke pattern work designed using the existing components and the historic photographs for reference. 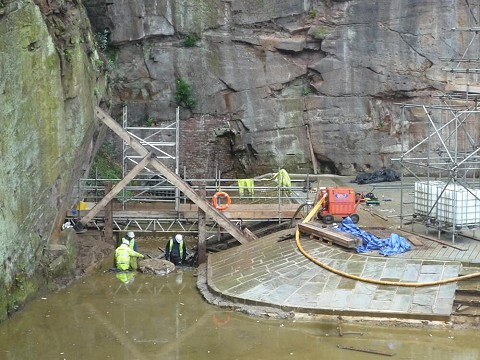 The logistics of the installation presented us with a variety of interesting challenges.

An all new timber structure was designed and built by us in European green oak. 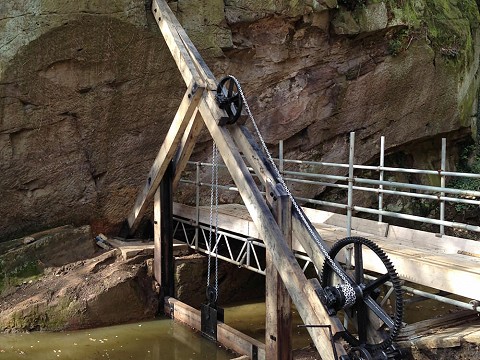 The sluice gate could operate, though we have locked off all moving parts for safety reasons. 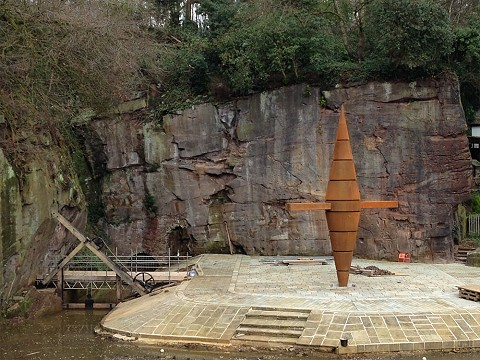 The special historic interest and revolutionary heritage of this unique area has been restored to promote the Delph's fascinating history. 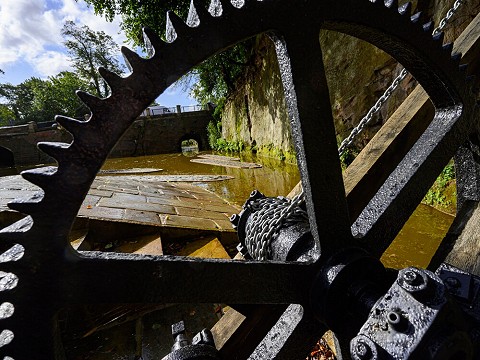 Completed to the delight of the visitors and historians.